On September 3, a Hawaii based film crew called Green Island Films visited the HyBalance plant in Hobro with the purpose to show how wind generated electricity can be stored and used for transportation. CEO from Hydrogen Valley, Søren Bjerregaard Pedersen, and Site Manager from Air Liquide, Rasmus Vejle, were interviewed for the film.

The film production company is creating three documentaries on climate change in Hawaii by Hawaii News Now. As part of the series, the focus is on wind power and hydrogen for transportation, both of which are present in Hawaii, but only to a small degree. With the visit, the film crew wanted to show how Denmark is leading the world within clean energy initiatives, and how the Danish commitment over the years has paved the way for hydrogen technology as a natural next step in the green transition.

The documentaries will air in summer 2020 and is expected to be watched by 90% of Hawaii’s viewing audience.

To learn more about the HyBalance project please visit: www.hybalance.eu 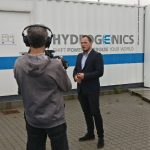 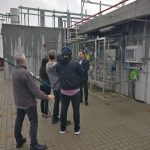 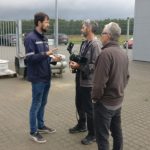 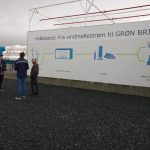