HyBalance nominated for the EUSEW award 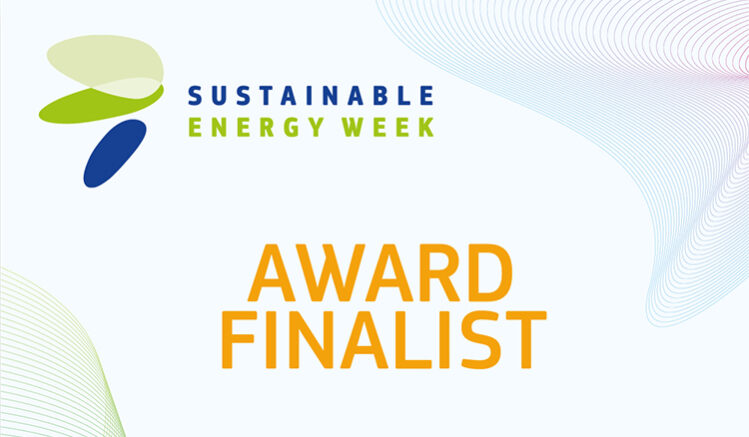 The EU has made a commitment to a forward-looking climate policy with energy security and independence and decarbonizing the economy as some of the prioritized dimensions. EU’s Sustainable Energy Awards (EUSEW Awards) acknowledges that the private and public sector, as well as NGO’s and national and local authorities, plays a crucial role in climate neutralising Europe.

Every year the European Commission selects the most extraordinary initiatives within the energy sector. This year the HyBalance project was among the nominees.

Together with 11 other finalist the HyBalance project competed across 4 award categories: Engagement, Leadership, Innovation and Youth.

The award show is part of EU’s sustainable Energy Week (EUSEW) and took place in Brussels 18-20 June. During the opening session of the EUSEW Policy Conference Tuesday 18 June, the winners of the EU Sustainable Energy Awards 2019 was found. The award went to the project “E=0 & TRANSITION ZERO: Create a mass market for net zero energy building retrofitting”.

Please see the video below which presented the HyBalance project.

Air Liquide, Hydrogenics, LBST, Neas Energy and Hydrogen Valley/CEMTEC are the partners behind the HyBalance project, which have built one of Europe’s largest hydrogen facilities for the production of what will be carbon-free hydrogen in the future.