The purpose of the Power2Met project is to develop, design and build a pilot plant for a complete power-to-methanol plant. The plant will produce eMethanol by utilizing CO2 and hydrogen.

The eMethanol plant will be the first of its kind in Denmark, and the partners behind the project expect that they have created the basis for a complete  eMethanol plant, which can be erected locally close to companies which emit CO2. It can for example be erected close to biogas plants, which can obtain a better business by using CO2 to produce eMethanol instead of emitting it out into the atmosphere.

Besides CO2, hydrogen is also included in the production of eMethanol. Thus, the eMethanol plant also includes an electrolyser unit. The unit converts electricity into hydrogen, and when the electricity is produced at times when it is cheap, the production of methanol can be a very good business case. It can for example be at night where there is a lot of wind energy in the grid. 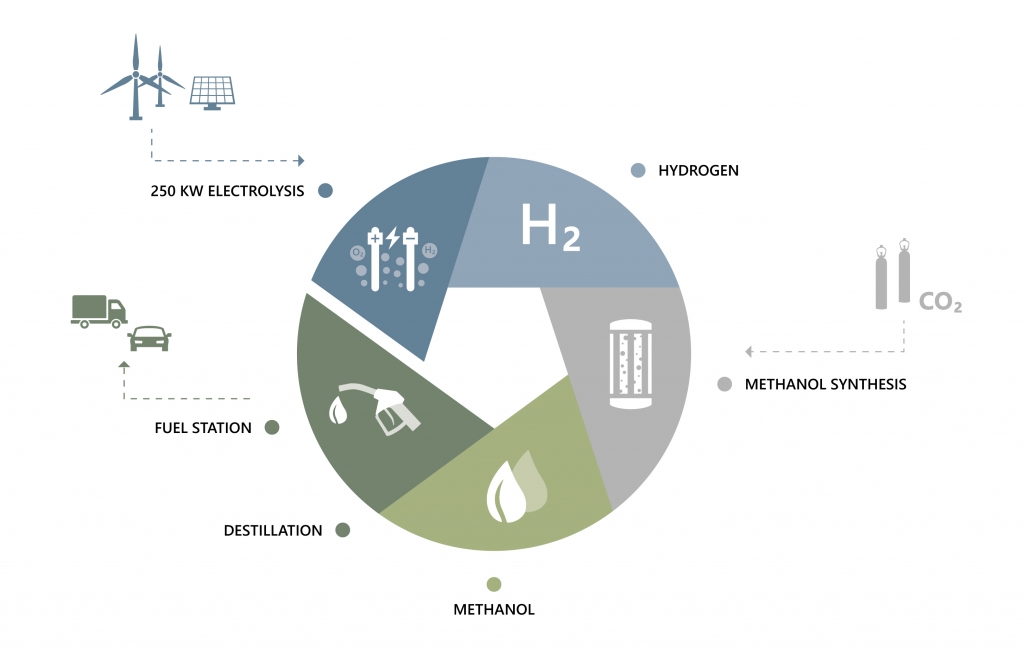 Electrofuels like Methanol, also known as “liquid electricity”, is expected to get a breakthrough in the coming years. By producing electrofuels you are able to use the electricity from wind turbines in the periods where the capacity exceeds the demand, and hereby also contributing to the necessary balance between supply and demand in the grid. The liquid electricity from renewable energy sources can be used in the transport sector and contribute to the green transition of the energy system.

Power2Met has received funding from the Danish Energy Technology Development and Demonstration Program (EUDP) for establishing the methanol plant which will be built in the Northern part of Jutland.